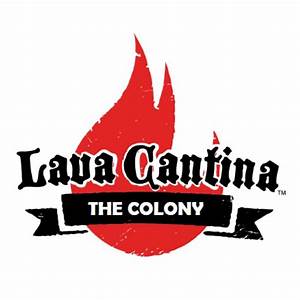 To Our Neighbors in Kings Ridge,

We appreciate the opportunity to offer an update around our soundproofing and actions taken to date at Lava Cantina. During mid-summer of 2017, we updated you on numerous actions we were taking to ensure sound concerns from Lava Cantina became a “rarity” for any of you. As a part of those updates, we explained some of the science behind sound and how it travels.

Here is a quick refresh:

Here are the steps we took at that time:

In all, these actions brought overall community feedback and concerns from a consistent challenge to a rare exception. It was communicated in prior discussions that we would never be able to “completely eliminate” the challenge from ever happening again, but we could surely make it significantly better than it was, and it is our sincere hope that everybody has seen us deliver upon that commitment. To carry it a few steps further, we have also sought to take even more aggressive action in finding a resolution longer term. Here are some items that are currently in process that will further help:

We have done our best to pace ourselves financially, and to date, we have re-invested EVERY dollar and then some back into finding permanent solutions. These projects have been taken in strategic steps where we add an initiative, test it for a few national acts, and then tweak and continue to the next phase. It is also important to understand that there will NEVER be a “fix all” outside of a complete enclosure. As explained before, when a national band enters the venue, no matter what their contracts state, we are ultimately at their mercy and turn the keys over to them.

I’m very thankful that most of them have been very understanding and accommodating, however, there are others that simply have rules for production and specs that they will hit no matter what in sound projection and overall production — due to the actions we have taken, THESE are the only nights where there is a real risk that Kings Ridge will hear any level of music in their homes in certain areas of the neighborhood.

This next set of actions will be completed in the next 60 days where we will evaluate once again. We all feel that while the actions taken to date have made a significant impact, these will make the most dramatic changes to overall sound projection around us. While interruptions have been few and far between, it is our continued focus to do whatever we can to ultimately eliminate them from the conversation altogether. We had a nice period where the construction across the street had large dirt piles offering additional shielding, but with those gone and until the Scheels structure goes vertical, we have flat land all the way to the neighborhood in the midst of cool and windy weather, and therefore we will do our best to stay diligent in being proactive as a responsible venue that genuinely cares about your comfort as our neighbors.

Please see the list of key dates where national bands are playing in March and April:

PLEASE NOTE: Each Thursday starting in April is “Red Dirt Thursdays” where we will feature a very popular, touring Red Dirt artist. While these are “national acts”, they are not typically very loud, so I am not listing them.

Again, please note that we have had MANY national acts play in the last 6-8 months, and it has been a rarity where they could be heard within a reasonable distance. In addition, we plan to have nearly all of the outlined items above completed by the second week of April.

We appreciate your time and hope that this update provides the necessary information to keep you posted on our ongoing progress and initiatives around our commitment to being a great neighbor to Kings Ridge. We highly value the relationship and will continue to do whatever we can to keep you top of mind as we simultaneously protect and grow our family’s business.

All the best to you and your families from ours!