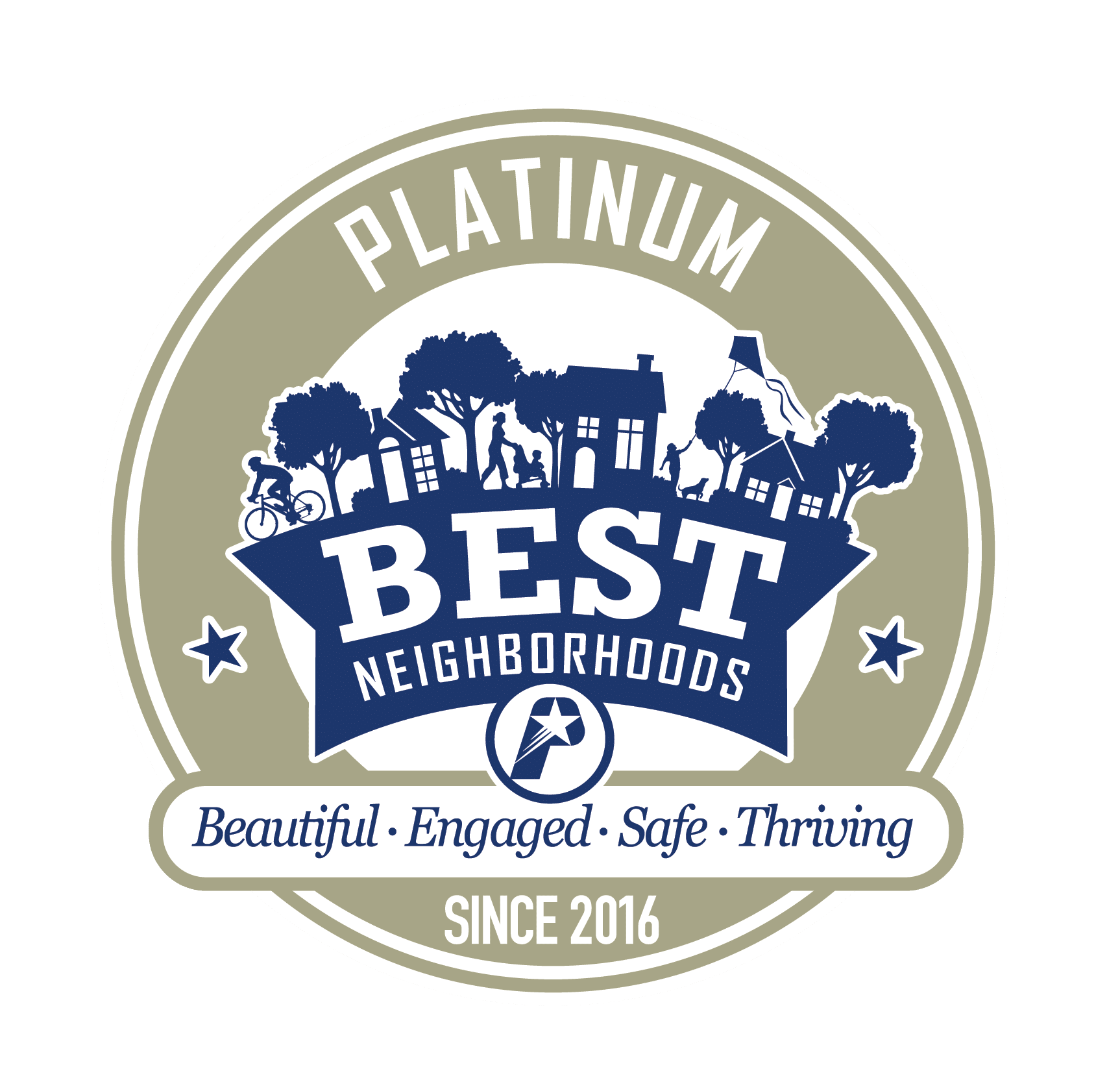 Congratulations to the Kings Ridge Homeowner Association for earning its second City of Plano BEST Platinum Neighborhood Award that places our neighborhood in rarified air.

Kings Ridge and Whiffletree V, VI, VII are the two Plano neighborhoods that will be publicly recognized during the Tuesday, Dec. 7th Plano City Council meeting for earning their second Platinum level status, the highest honor bestowed upon an HOA by the city. The Platinum level award can be applied for every five years, and going forward, will involve an every two year maintenance of accreditation. Hunters Creek Estates will also be recognized for earning its first Platinum status.

Just 16 other HOAs in Plano have attained a Platinum, Gold or Silver status since the BEST program was instituted in 2016.

As the honor is a neighborhood wide award, all neighbors are invited to attend the 7 p.m. City Council meeting at Plano City Hall, 1520 K Ave. just east of Central Expressway. During the meeting, all Kings Ridge neighbors in attendance will be invited to join in a group photograph with city leaders during a formal presentation near the beginning of the meeting.

This year’s application was very comprehensive and required many hours of research and the chronicling of our achievements during the past five years. The application process also involved a face-to-face presentation in October to five members of the city’s BEST committee at the Plano Neighborhood Services offices.

The Kings Ridge HOA submission and presentation showcased what makes our community so very special from the perspective of Beauty, Engagement, Safety and Thriving – the four pillars of the BEST program that recognizes neighborhoods for demonstrating the very best attributes that help make Plano a great place to live, work, learn and play.

There’s no place like home, Kings Ridge friends. Together, we have created over the past 20 years a rare gem along the western gateway of Plano that unites kind and smart people, implements good short-term and long-term plans, collaborates with other neighborhoods and the City of Plano and relishes the natural beauty of our hilly, leafy community with the best sunset views in town.