BNSF Railway Update From HOA Board 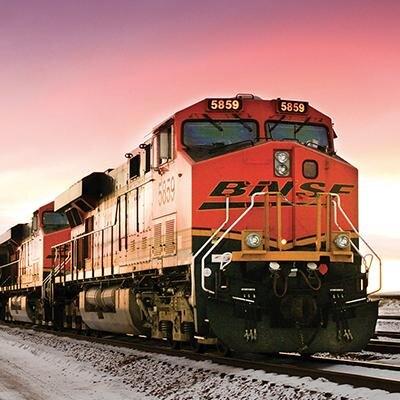 BNSF Update
Background. On January 13, 2020, BNSF Railway Company approached the Kings Ridge HOA with a request to purchase surface rights (easements) on 3 slivers of HOA owned land along the west wall of the Association for $160,000 for track expansion work. Meanwhile, the Board engaged the services of The Railway that attended the February 12, 2020 Board of Directors meeting where they pitched their request and informed the Board that if it failed to act in a timely manner, Eminent Domain would be leveraged. To help stream line the process, The Railway provided the Board with the necessary legal contracts for the sale, where were sent to the HOA’s General Counsel on February 13, 2020.

On March 20, 2020, the Board informed all Homeowners via USPS Mail that its HOA’s legal team had concluded the Board had the authority to take the necessary actions without a Homeowner vote, because The Railway was authorized to pursue Eminent Domain if a deal could not be agreed to, and the likelihood of obtaining an affirmative vote of 67% of Homeowners was deemed impossible by the Board based information obtained during the Town Hall.

Deal Update. Since the Board’s last meeting, the Board has continued to work with The Railway and the Associations Legal and Tax advisors and has settled on a deal (exact dollar amount not disclosed) which has been structured in such a manner as to minimize tax obligations. The Association’s Attorney has suggested that the deal require The Railway to extend insurance coverage to the Association’s property for the duration of construction; however, The Railway indicates they are self-insured. Once the Board decides how to move forward with this final item, the deal documents can be prepared for execution.

The Board discuss the matter and agreed that we could settle for BNSF Railway Company certifying their self-insured status and funds to cover any potential losses up to $5,000,000.

A041420-1: FSR to request self-certification of insurance and an executable copy of the contracts from BNSF.

Research Updates
Railway Quiet Zones. Working form a tip from the Community that the Board should look into having our HOA listed as a Railway Quiet Zone, the Board requested that Homeowner Hyla Emery help them research the idea. Hyla did an amazing job researching the topic and interviewing members of the community and concluded that:
1) The HOA does not quality to be designated as a Quiet Zone.
2) There is no perceived need to be designated as a Quiet Zone by neighbors living closing to the tracks.

Note: Kings Ridge residents should expect to hear train horns while construction is in progress, because Train Engineers are required by law to blow their horns when anyone is within 25 feet of a train track.

Wall Height (West Wall). The Board has been looking into the feasibility of either raising or replacing the wall along the west side of the community. While researching this, it was discovered that the majority of the West wall sits on top of a 4 to 5-foot retaining wall, which limits construction options. Likewise, the ability to construct a 20-foot wall along the West side would run into the millions, which The Railroad will not pay for and the Associations cannot afford.

Noise Abatement with Trees. The Board’s plans to engage the Landscape Committee to begin planting trees along the West wall starting in the fall (October). While it will take time for the trees to grow, the Board agrees this is the only viable solution known at this time.

Screening Wall Repair Initiative (AO91119-3)
The Board of Directors continues to work with 313 Consulting Group to assess the current condition of Association owned Screening Walls. Once the assessment is complete, a corresponding repair and maintenance plan will be established.

Project Update. 313 Consulting Group has been unable to visit the Property due to the COVID-19 shelter-in-place orders. As such, the completion the assessment of Phase 1 has been delayed.

Board Discoveries. While walking the west wall with The Railway, the Board discovered that a couple Homeowners have trees in their yards that are growing too close to the walls, which is resulting in damage. As well, it was observed that several residents backing up to the walls are discarding trash, animal waste, and other garbage “over the wall”, which is resulting in sanitation and drainage issues.

A041420-2: FSR to notify Homeowners that trees growing too close to the West wall are damaging HOA property so Homeowners have a chance to take necessary action.

A041420-3: FSR to engage Bill Kula to begin a social media campaign to help raise awareness to the “over the wall” trash issue and ask neighbors to clean up their messes.

Bench Repairs.
FSR has fielded a few complaints from Homeowners about the condition of the benches in our Common Areas. The repair vendor is proposing that we tear down one of the benches to use for parts for the other benches, and subsequently replace the missing bench. Before the Board decides, they want FSR to obtain bids to replace the benches with a non-wood product similar to what is found in parks and other HOAs.

A041420-4: FSR to obtain bids for to replace benches in the Common Areas.
McKamy Lights Update. During the March 11th Board Meeting, funds were approved (M031120-1) to replace lighting at the McKamy Entrance and along the property line along McKamy. The vendor reported that all work was complete; however, upon inspecting the work for final payment it was discovered that all the light work along McKamy was not complete. FSR has reached out to the vendor to address the oversight.

Collections Concerns. Over the past several months, Board Members have expressed concern about the large Accounts Receivables due from Homeowners. The Board wishes to ensure the costs incurred to collect these funds are reasonable and that the collections process is timely. As such, the Board has requested that FSR detail the Association’s collections process so the Board may review and determine if any optimization opportunities may be possible.

A041420-5: FSR to document the current-state collections process for review by the Board of Directors.

Resident Concerns of Indian Creek Encroachment. FSR has received a service request from some Homeowners along Mills Branch Circle regarding perceived erosion issues along the banks of Indian Creek, which they believe to be the causing structural damage to their fences, backyards, and homes. FSR visited one of these homes yesterday and believe the issues may be pool related; however, the Homeowner indicates they have documentation proving otherwise. The Board has requested that FSR work with the Homeowner to gather the appropriate details and engage Plano Neighborhood Services to investigate further and help determine who is likely responsible for repairs.